A new Latvian company called “B-Bus”, the passenger transportation service provider in Latvia, has been created as a result of merger of Belgian “MandelCar Tourisme” and the Latvian “Blagovest Tour” in 2003. The SIA “B-Bus” has more than 20 years’ experience in the passenger transportation by providing public transport services according the official requirements of the European Union (EU), in Latvia and Lithuania. “B-Bus” group includes several Latvian companies: SIA “Rīgas mikroautobusu satiksme”, SIA “Sabiedriskais autobuss”, SIA “Ekspress-Ādaži” and SIA “Migar”.

The B-Bus group company SIA “Sabiedriskais autobuss” (SA) has an experience in the passenger transportation for more than 60 years. During the first years of activity, SA provided service on regional routes of local significance from Riga to Bauska, Liepāja, Saldus, Ventspils, Talsi, Kuldīga, etc., as well as on regional routes of inter-urban significance: in the county of Alūksne, Ventspils and in the county of Saldus. The “B-Bus” headquarters is located in Riga.

The second oldest “Sabiedriskais autobuss” branch is located in Saldus. Its history starting in the 1958, when the company “Valsts Saldus autotransporta bāze” has been establish.  During the first years of operation, the Company’s main business has been freight transport. In 1996, the Company’s registered name has been changed to “Saldus autobusu parks” and the Company has started to provide a passenger transportation service in the current municipality of Saldus. The Company has been merged with the branch of Alūksne and acquired the current name “Sabiedriskais autobuss” in July 2012.

By winning the procurement competition, launched by “Rigas satiksme” (RS) in 2013, the company (then a general partnership) “Rīgas mikroautobusu satiksme” (RMS) started to provide a passenger transportation service in the city of Riga on 18 day and 8-night schedule routes. By re-winning the procurement competition, launched by RS last year, RMS acquired the right to provide the service in the city of Riga for another 8 years.

In addition, B-Bus owned company SIA “B-Tour” offers a rental of passenger transport together with professional bus drivers for local and international tourism trips. The Company no longer exists since 2017, but under the brand “B-Tour” continues its operations in cooperation with “Sabiedriskais autobuss”.

“B-Bus” purchased the company SIA “Ekspress-Ādaži” at the end of 2015. Currently “Ekspress-Ādaži” provides passenger and pupils transportation service on 10 regional routes of local significance in county of Ādaži.

A service contract with SIA “Autobusu parks Jūrmala -SV”, a company with experience in the passenger transportation in Jūrmala since 1958, has been signed at the end of 2016. The Company’s registered name has been changed to SIA “Jūrmalas autobusu satiksme” (JAS) in February, 2017. Currently JAS provides passenger transport service in the city of Jūrmala on 7 routes by 16 ISUZU buses, two electrical buses, Mercedes Benz and Volkswagen Crafter minibuses.

By winning the procurement competition, launched by Vilnius City in September 2017, SIA “Rigas mikroautobusu satiksme” filialas in cooperation with the Vilnius company UAB “Transrevis” gains the right to provide the passenger transportation service on certain routes of Vilnius city and intercity routes.

By winning a procurement competition, launched by the Siauliai District Municipality in 2018,

the branch of SIA “Rīgas mikroautobusu satiksme” start to provide the passenger transportation service on 13 routes of local significance.

Information about SIA “B-Bus” and UAB “B-Bus” projects in Latvia and Lithuania in 2019. 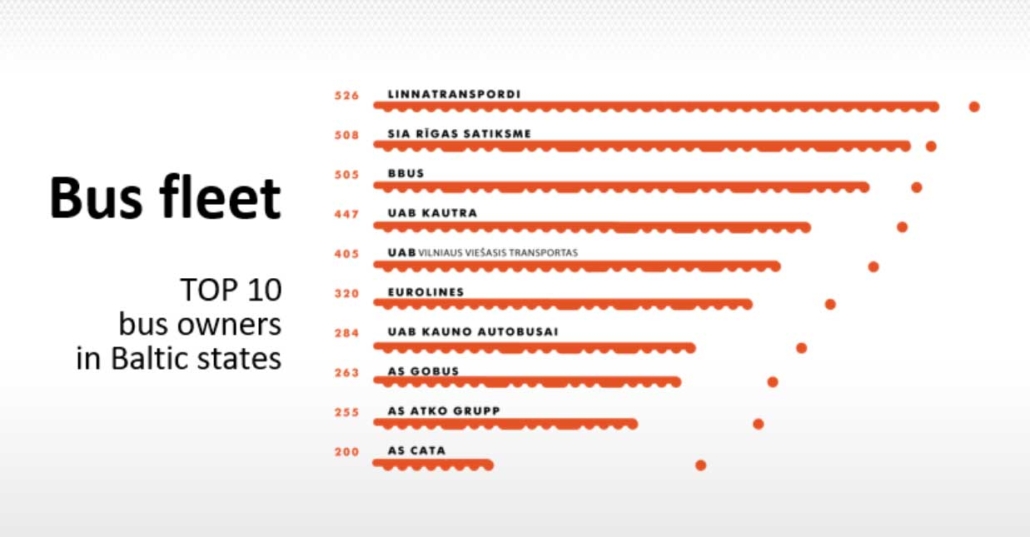 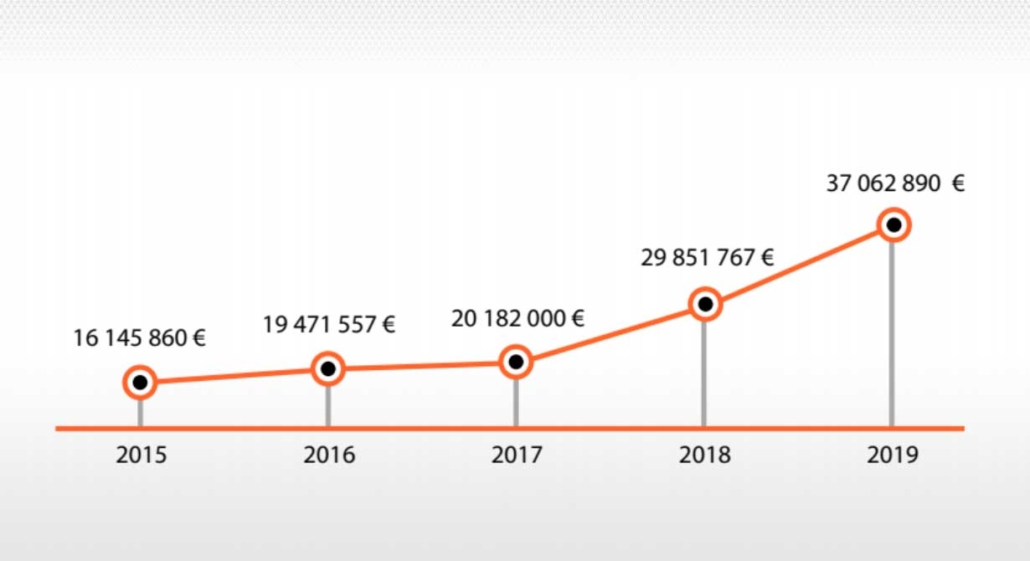 “B-Bus” uses GPS and GPRS systems as it takes care of passenger comfort to provide high-quality service. Electronic tickets or e-talons are provided for pupils in all districts, which also allows local municipalities to carry out accurate statistics on the total number of trips. By using GPRS system we are more efficient and operational of planning the routes, accurately measuring passenger traffic and adjusting the required capacity of the buses. By using GPS data, we able to react more quickly, when a bus needs for a replacement in a result of a technical problem.

Our top priority is the safety of passengers, employees and other road users. Our bus drivers are highly skilled, experienced and trained to act in a variety of unforeseen situations on the road.

To be easily accessible to different groups of passengers, including older people, persons, who is traveling with children and for the persons with disabilities (with wheelchair) a lot of buses are equipped with a flap ramp.

Vision of the future

The “B-Bus” group intends to provide passenger transportation with 1500 to 1700 buses throughout the Baltic region by 2023. The objective will be achieved by participating in and winning tenders launched by state and local authorities, as well as by purchasing other public transport companies.

In order to meet our objectives, the B-Bus group is expected to invest around EUR 120 million over the next three years.

Group brand “B-Bus” is a strong and well-recognized brand in the Baltic. This gives us confidence to expand our business in Eastern Europe and to become the largest, private passenger transportation provider in Eastern Europe by 2030 with an annual turnover of more than one billion EUR.

This site uses cookies. By continuing to browse the site, you are agreeing to our use of cookies.

We may request cookies to be set on your device. We use cookies to let us know when you visit our websites, how you interact with us, to enrich your user experience, and to customize your relationship with our website.

Click on the different category headings to find out more. You can also change some of your preferences. Note that blocking some types of cookies may impact your experience on our websites and the services we are able to offer.

These cookies are strictly necessary to provide you with services available through our website and to use some of its features.

Because these cookies are strictly necessary to deliver the website, refusing them will have impact how our site functions. You always can block or delete cookies by changing your browser settings and force blocking all cookies on this website. But this will always prompt you to accept/refuse cookies when revisiting our site.

We fully respect if you want to refuse cookies but to avoid asking you again and again kindly allow us to store a cookie for that. You are free to opt out any time or opt in for other cookies to get a better experience. If you refuse cookies we will remove all set cookies in our domain.

We provide you with a list of stored cookies on your computer in our domain so you can check what we stored. Due to security reasons we are not able to show or modify cookies from other domains. You can check these in your browser security settings.

These cookies collect information that is used either in aggregate form to help us understand how our website is being used or how effective our marketing campaigns are, or to help us customize our website and application for you in order to enhance your experience.

If you do not want that we track your visit to our site you can disable tracking in your browser here:

We also use different external services like Google Webfonts, Google Maps, and external Video providers. Since these providers may collect personal data like your IP address we allow you to block them here. Please be aware that this might heavily reduce the functionality and appearance of our site. Changes will take effect once you reload the page.

The following cookies are also needed - You can choose if you want to allow them: